What is Cognitive Dissonance? 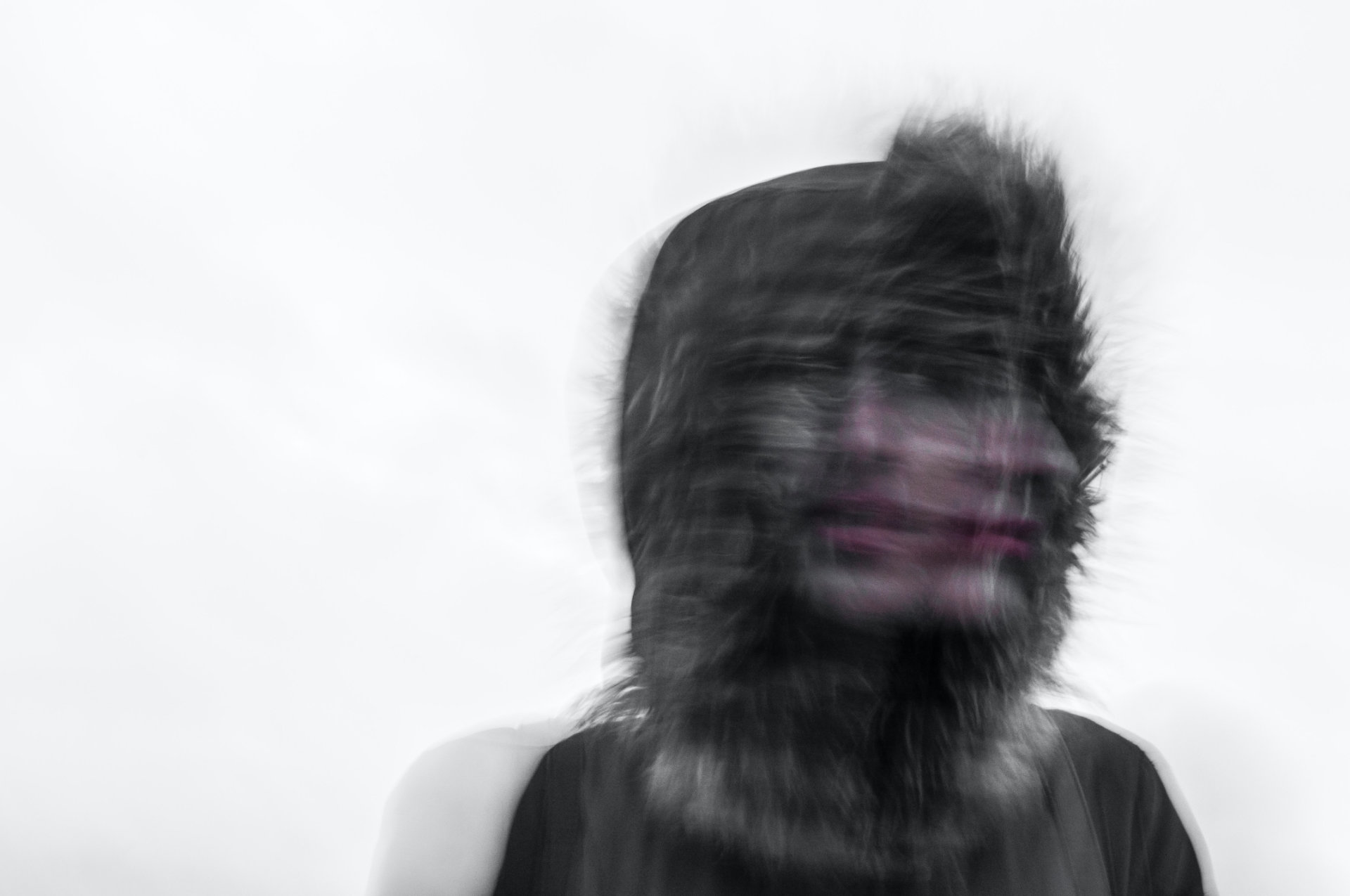 Why do I have conflicting thoughts?

The term for this conflict is called Cognitive Dissonance.

What is Cognitive Dissonance?

Wikipedia defines it as:

“This is the feeling of uncomfortable tension which comes from holding two conflicting thoughts in the mind at the same time sometime. Dissonance increases with: The importance of the subject to us.  How strongly the dissonant thoughts conflict. Our inability to rationalize and explain away the conflict. This discomfort is triggered by a situation in which a person’s belief clashes with new evidence perceived by that person.” Wikipedia

An important part of understanding how we come to form our beliefs rests in our cognitive abilities. The thinking processes.  What actually goes through our minds in forming an opinion concerning our belief system? Biblical counseling is a process of growing sensitive to the Holy Spirit to the renewing and transforming (Romans 12:2) of a new belief system different than what has been a false belief. When something is contrary to what we have been believing, a mental wall is built for two reasons. First is, protection, the need to reduce the conflict in our minds, having to consider the possibility of being wrong in the past. Secondly, projection, or setting up a defense concerning what we believe to be right.  Protection and Projection.

Sometimes when presenting the Gospel to those needing salvation, we hit their wall. It is evidenced by protection (I can’t be wrong) and projection (justification, why I believe what I believe). In other words, I don’t want to hear what you are telling me because if it is true then my eternal destiny is not good, and I don’t want to feel uncomfortable or change, I don’t want to be wrong. Many times, their story concerning belief in God changes when they are confronted with the resulting truth.

“I am reminded of the occult group in the 1950s, who were persuaded by the leader, a certain Mrs. Keech, that the earth was going to be destroyed on 21st of December, and that they alone were going to be rescued by aliens. Many actually increased their commitment to the cult when this did not happen. The very thought of being so wrong was so great that instead they revised their beliefs to meet with obvious facts: that the aliens had, through their concern for the cult, saved the world instead. see Grace notebooks” ~ John Woodward

To a similar degree individual believers seeking good counsel are encouraged to examine their belief system, recognize their lies, listen for truth and chose truth over the conflicting lies that have robbed them of joy in their Christian life.

I can remember my thought process, before salvation, when confronted with the gospel, I actually quoted John 3: 16 and said, do you think I am a heathen? The witness to me that day started a conflicting thought process that eventually led to the acceptance of a new truth about God and my spiritual condition, and over time revealed my lie that trying to please God was going to work. It hadn’t so far. It took time, MUCH MORE (Rom 5) time to break through the wall of protection and projection. After all, when you think you know you are right about something, well, you are right, (even if you’re wrong). It was the complete opposite of what I had been believing. Coming into truth can be a struggle.

I call it the Flip. When it comes to making important decisions a very few of us are like light switches that immediately switch from off to on. I have to wonder about Paul being knocked off his horse then saying “Who art thou Lord”. Somehow, I have a feeling that it wasn’t a light switch moment. Dissonance did not all of a sudden turn on. It is more likely he had been seeing things and thinking things that unsettled him. Now, he looked up from a humbling position, and met face to face, his meeting with Jesus moment, so to speak with the exact opposite of what he had been believing. Most of us are dimmer switches we receive a little at a time, we process, then as we receive light and grace, that stage of our understanding changes. By the way, this doesn’t stop at salvation. It is an ongoing process for each of us. Understanding this and being open to what God has for you is paramount.

“Nothing twists and deforms the soul more than an unworthy concept of God. Our real idea of God may lie buried under the rubbish of conventional religious notions and may require an intelligent and vigorous search before it is finally unearthed and exposed for what it is.” ~ A.W.Tozer

Did you get that? You may want to read that again. Weekly we confront many religious notions and false beliefs. We are not behavioral counselors but we do cooperate with the Holy Spirit’s leadership as he deals with the root issues and we see behavior change. Understanding who you are as a Saint (your Identity) does change what you do.

There are many types of Christian counseling. Some provide a band aid that covers the symptom but does not deal with the actual issue. A client once said;

“When I first came to Abundant Grace, I had six major problems I wanted God to fix so I could be happy again. I slowly began to realize that my problems were not the main problem after all. God set me free to realize that I am complete in Him. My Joy and peace have been renewed!”

So, What is going on?

Dissonance is often strong when we believe something about ourselves and then do something against that belief. If I believe I am good but do something bad, then the discomfort I feel as a result is cognitive dissonance.

Cognitive dissonance is a very powerful motivator which will often lead us to change one or other of the conflicting belief or action. The discomfort often feels like a tension between the two opposing thoughts. To release the tension, we can take one of three actions:

Dissonance is most powerful when it is about our self-image. Feelings of foolishness, immorality and so on (including internal projections during decision-making) are dissonance in action.

If an action has been completed and cannot be undone, then the after-the-fact dissonance compels us to change our beliefs. If beliefs are moved, then the dissonance appears during decision-making, forcing us to take actions we would not have taken before. See ChangingMinds.org

Cognitive dissonance appears in virtually all evaluations and decisions and is the central mechanism by which we experience new differences in the world. When we see other people behave differently from our images of them, or when we hold any conflicting thoughts, we experience dissonance.

Dissonance increases with the importance and impact of the decision, along with the difficulty of reversing it.

Discomfort about making the wrong choice of car is bigger than when choosing a lamp.

I have heard over and over that, “that is completely opposite of what I have been believing”. Cognitive dissonance is central to many forms of persuasion to change beliefs, values, attitudes and behaviors. The tension can be injected suddenly or allowed to build up over time. People can be moved in many small jumps or one large one.

Mankind believes he is so smart in figuring things like this out. We neglect the facts that God created this mind process and it certainly is not new. Let’s look at a Bible illustration. Put yourself in the garden of Eden. What do think was on Adam’s mind as Eve held out that fruit? Do you think Adam looked over his shoulder to see if God was coming? Did he have any dissonance going? You Bet! He went through the same dissonance in thinking that you and I go through only he made the wrong choice. What would you choose?

Jesus gave us an innocent and beautiful example in Matthew 18: 2-5

“except ye be converted and become as little children, ye shall not enter into the kingdom of heaven.”

The word Little child hear is pahee-dee-on. Its emphasis leans more toward a five-year-old than an infant. The root of the word comes from paheece, meaning older child. Think of it this way. Mommy tells child not to play with the light cord. Child looks at mommy and you can see it on their face. Watching as a two or three-year-old makes a decision is most reveling. That little brain is weighing what he just heard with what he knows and wants to do.

I remember looking into the eyes of my children and seeing that little brain working on what was just said. They were in their own little world trying to understand and comparing it to other information they have received in the past. When they reach this stage, it is not just acceptance or rejection. It is dissonance. There is only one problem if you call it that. Children are the greatest receivers of information, but the worst interpreters of that. Why? There has not been enough information logged into that little brain yet to start the thinking process.

Jesus is saying, early, simple receiving of Him is the example. As adults sometimes we have too much information from past experiences, hurts, and our SELF Life. Just too much information. Remember information is not knowledge until it is received and acted upon. What part of acting upon does God want you to do?

Pat and I went to visit our grandchildren. As we pulled into the driveway there was our little blond headed five-year-old granddaughter. She was squatting with a stick in her hand sliding it back and forth on the driveway in front of her. We knew something major was wrong. She was down cast, hurting, depressed if you could say that. We jumped out of the car and approached her saying honey what is wrong. She said Jesus is not happy with me. I hit my brother with a stick. Inwardly we were smiling, He probably deserved it, but of course we needed to address the situation. We tenderly explained how Jesus gives us forgiveness when we accept Him as our Savior and wants us to confess to Him the things, we do wrong. (Of course this was not a time for a lesson in theology). Have you told Jesus you were wrong and asked Him to forgive you? Yes, she replied. Then because He loves you, He has forgiven you. She looked up with an amazing look on her face and said, really? OK. Then she dropped her stick and ran off around the corner of the house. We looked at each other in astonishment and wrote that memory in our hearts. Now she probably picked up a bigger stick as she rounded the corner of the house to go play with her brother again. But I think you get the message.

We would do well when it comes to Faith and Trust to think like little children.

“I spent years in the wilderness living a life of self only to come to brokenness and surrender and to hear the Father say I have been waiting for you.” ~ John A. Graham

Cognitive Dissonance- that’s something to think about

What’s on your mind? Visit Abundant Grace International and allow us to minister the words of Jesus to you and your family.