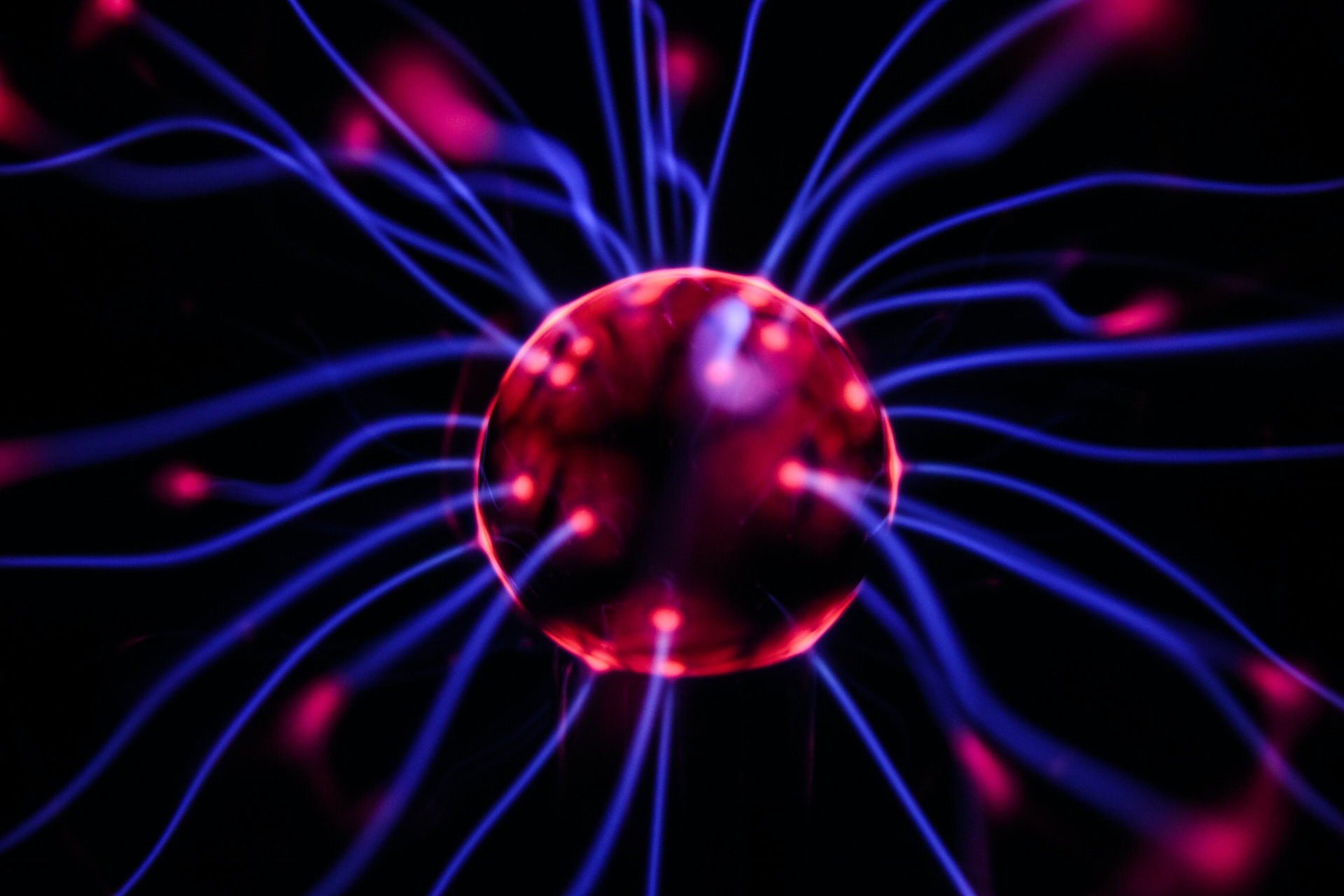 “I appeal to you therefore, brothers, by the mercies of God, to present your bodies as a living sacrifice, holy and acceptable to God, which is your spiritual worship.
Do not be conformed to this world, but be transformed by the renewal of your mind, that by testing you may discern what is the will of God, what is good and acceptable and perfect.” ~ Romans 12:1–2

If the stories of angels and demons battling it out for your soul don’t resonate with you, you might think of their opposing forces in a less poetic way, using the language of brain science. Each of us has neural pathways in our brain – functionally and chemically connected neurons – that are created when neurons that fire together then wire together. These networks act as information superhighways that reinforce the beliefs that lead us to act angrily, greedily, and lustfully in order to guard against perceived threats to our survival. Remember that the limbic brain functions with beliefs about reality, while the new brain works with theories that it tests out against reality.
~ Excerpt from the book “Illumination” by Alberto Villoldo

To oversimplify: Our brain cells communicate with one another via synaptic transmission–one brain cell releases a chemical (neurotransmitter) that the next brain cell absorbs. This communication process is known as “neuronal firing.” When brain cells communicate frequently, the connection between them strengthens. Messages that travel the same pathway in the brain over & over begin to transmit faster & faster. With enough repetition, they become automatic. That’s why we practice things like hitting a golf ball–with enough practice, we can go on automatic pilot.

Psychologists have long known that negative thought processes follow this same pattern–the more we think about, or “ruminate,” on a negative thought, the more entrenched the thought becomes. Negative and traumatic thoughts also tend to “loop”–they play themselves over and over until you do something consciously to stop them.

The more these negative thoughts loop, the stronger the neural pathways become, and the more difficult it becomes to stop them! This is why thoughts that cause depression, anxiety, panic, obsessions, and compulsions can become so difficult to combat. And along the way, these thoughts stir up emotional as well as physiological reactions.
Congrats to Dr. Sudhof and all the other Nobel Prize winners!

“The longer the neurons [brain cells] fire, the more of them that fire, and the more intensely they fire, the more they’re going to wire that inner strength –- that happiness, gratitude, feeling confident, feeling successful, feeling loved and lovable.”

But on a day to day basis, most of us don’t stay with our positive experiences long enough for them to be encoded into neural structure (meaning there’s not enough wiring and firing going on). On the other hand, we naturally tend to fixate on negative experiences. Positive and negative emotions use different memory systems in the brain, according to Hanson, and positive emotions don’t transfer as easily to long-term memory.

Hanson argues that the problem is we’re wired to scout for the bad stuff – as he puts it, the brain is like velcro for negative experience and teflon for positive ones. This “negativity bias” causes the brain to react very intensely to bad news, compared to how it responds to good news.

Consider a graded school paper. The parent or child will automatically go to all the red marked wrong answers, think and comment about them in a negative sense. Why not mark all the correct answers in red?

Research has even shown that strong, long-lasting relationships require a five to one ratio of positive to negative interactions in order to thrive.

In application we see life’s ups and downs, each directed by a sovereign God and necessary for a deeper and stronger intimate relationship.

“And we know that for those who love God all things work together for good, for those who are called according to his purpose.” ~ Romans 8:28

The way to “hardwire happiness” into the brain, then, is to take in the good – being present to life’s tiny, joyful moments.

“[Lingering on the positive] improves the encoding of passing mental states into lasting neural traits,” says Hanson. “That’s the key here: we’re trying to get the good stuff into us. And that means turning our passing positive experiences into lasting emotional memories.”

L.A.W.S.? That indwelling God given need in every individual given to us for the purpose of having all our needs met in Him. Love, Acceptance, Worth, Security

Focus on the positive experiences with the greatest personal impact.

“You want experiences that are matched to your problem, like matching the medicine to the illness,”
Hanson says.
“There’s a joke in the therapy world: ‘How many therapists does it take to change a light bulb? Only one, but the light bulb has to want to change.’ It’s lame, and it’s profound, because right there is square one.”

He explains that if someone we love is upset or worried, we try to help them move beyond that state of mind. But when we are upset or worried ourselves, we often don’t help ourselves the same way. Instead, we tend to stay upset and ruminate over things longer than we need to.

“With my soul have I desired thee in the night;
yea, with my spirit within me will I seek thee early:” ~ Isaiah 26:9a

“LORD, thou hast heard the desire of the humble:
thou wilt prepare their heart, thou wilt cause thine ear to hear:” ~ Psalms 10:17

“I am the vine, ye are the branches: He that abideth in me, and I in him, the same bringeth forth much fruit: for without me ye can do nothing.” ~ John 15:5

“Take heed to yourselves, that your heart be not deceived, and ye turn aside, and serve other gods, and worship them;” ~ Deuteronomy 11:16

“I love them that love me;
and those that seek me early shall find me.” ~ Proverbs 8:17

Maintain a sense of wonder.

Einstein once said, “He who knows it not and can no longer wonder, no longer feel amazement, is as good as dead, a snuffed-out candle.” And when it comes to taking in the good, a sense of wonder is key. Experiencing moments as fresh and new, with a childlike awe, allows them to stick in the brain for longer, potentially becoming part of our lasting emotional memory.

“The more that things seem fresh and new, the more that you’re looking at them with beginner’s mind or child’s mind, that’s going to increase brain structure because the brain is always looking for what’s new”

The brain that changes itself – interview

Hebbian theory concerns how neurons might connect themselves to become engrams. Hebb’s theories on the form and function of cell assemblies can be understood from the following:

“The general idea is an old one, that any two cells or systems of cells that are repeatedly active at the same time will tend to become ‘associated’, so that activity in one facilitates activity in the other.” (Hebb 1949, p. 70)
“When one cell repeatedly assists in firing another, the axon of the first cell develops synaptic knobs (or enlarges them if they already exist) in contact with the soma of the second cell.” (Hebb 1949, p. 63)
Gordon Allport posits additional ideas regarding cell assembly theory and its role in forming engrams, along the lines of the concept of auto-association, described as follows:
“If the inputs to a system cause the same pattern of activity to occur repeatedly, the set of active elements constituting that pattern will become increasingly strongly interassociated. That is, each element will tend to turn on every other element and (with negative weights) to turn off the elements that do not form part of the pattern. To put it another way, the pattern as a whole will become ‘auto-associated’.
We may call a learned (auto-associated) pattern an engram.” (Allport 1985, p. 44)

in the fascinating book by Norman Doidge, The Brain That Changes Itself: The brain is like a snowy hill in winter. When we go down the hill on a sled, we can be flexible because we have the option of taking different paths through the soft snow each time. But should we choose the same path the second time or the third time, tracks will start to develop, and these tracks become really speedy and efficient at guiding the sled down the hill. It doesn’t take long to get literally stuck in a rut. Taking a different path becomes increasingly difficult, but, thanks to the brain’s wondrous capacity for learning and rewiring itself, it’s not impossible!
This is why mindfulness is so important. Raising consciousness so that you are exquisitely aware of what you are doing while you are doing it will help to set that sled on a different path through the snow. Carrying out action patterns that are positive and healthy may be challenging at the start, but with practice, they too will become habitual. I hope you’re inspired to do some DIY brain renovation – no electrician required.

The battle for the believer is in the mind and it is interesting that certain aspects of science are demonstrating the unique and created way that this process could be explained. The scriptures admonition to renew can only be accomplished as we present ourselves to a Holy God trusting in the Holy Spirit to accomplish his work In the sanctification process. Making this choice to replace the lie with the truth is the denial of the self life and the Identification process of the Christ life.

“LORD, thou hast heard the desire of the humble:
thou wilt prepare their heart” ~ Psalms 10:17a

The option or temptation found in our members.

Sin trained (The self life)

The rut or the path developed and used the second third and … The default. The self life is that part of our lives that desires to act independently of God.

“Likewise reckon ye also yourselves to be dead indeed unto sin, but alive unto God through Jesus Christ our Lord.” ~ Romans 6:11

“This I say then, Walk in the Spirit, and ye shall not fulfil the lust of the flesh.” ~ Galatians 5:16

Receiving Christ’s righteousness, acknowledging sin has no dominion over us, we are dead to sin and alive to Christ.

“For sin shall not have dominion over you: for ye are not under the law, but under grace.” ~ Romans 6:14

“There is therefore now no condemnation to them which are in Christ Jesus, who walk not after the flesh, but after the Spirit.” ~ Romans 8:1

“For if by one man’s offence death reigned by one; much more they which receive abundance of grace and of the gift of righteousness shall reign in life by one, Jesus Christ.)” ~ Romans 5:17

“For Christ also hath once suffered for sins, the just for the unjust, that he might bring us to God, being put to death in the flesh, but quickened by the Spirit:” ~ 1 Peter 3:18

“For he hath made him to be sin for us, who knew no sin; that we might be made the righteousness of God in him.” ~ 2 Corinthians 5:21

“Casting down imaginations, and every high thing that exalteth itself against the knowledge of God, and bringing into captivity every thought to the obedience of Christ;” ~ 2 Corinthians 10:5

Organization and comments by John Graham

David Needham on the terms “Old Man” and “Flesh”

For additional reading: Switch on your Brain by Dr. Caroline Leaf